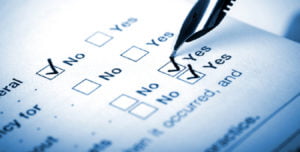 The RPRA member’s consultation that was published in the British Homing World, and on the RPRA website and social media attracted 1092 responses.

Initially I was disappointed by the level of response. However, having taken into consideration that this was the first time that RPRA members had been consulted on an individual basis, such a response is a success. Hopefully there will be an even better response to future consultation exercises.

A more detailed breakdown of the results can be found within this report.

The results of the consultation were presented and discussed at the RPRA Council meeting on 26th October and the following was agreed:
• That the RPRA RECOMMENDS that racing does not start before 20th April.
• That the Finance and General purpose committee appoint a working group at its December meeting with a view to improve racing and reduce losses. The group remit would include, but not limited to, the following:
1. To explore ways of reducing the number of racing organisations or encourage cooperation among such organisations leading to larger liberation and therefore less liberations.
2. Explore the possibility of reducing the number of Inland liberation sites.
3. Explore the feasibility of regional corridor racing for inland races.
4. Establish ways of monitoring the conditions experienced during transportation to the racepoint.
5. Develop guidance to help manage races.

Also establish a working group that would build a bank of data relating to health issues that that could be used to facilitate future research into pigeon related diseases.

There was also a commitment to establish the required rule change to facilitate the move to a governance structure based on one member one vote.

The regions rejected the proposed rule change with just 5 votes in favour of the proposition and 14 against (1 abstention). The position of the regions seem somewhat different to those who took part in the survey which demonstrated that 60% were in favour of a change to the rule with just 36% against (4% preferred to not answer).

There are currently far too many genuine RPRA members who are unable to race at club level, with clubs sometimes refusing membership without any justification – surely this cannot continue?

The largest gathering of pigeon fanciers in the United Kingdom - the BHW Show of the Year 2023 - too[...]

There are still places available for the 2023 RPRA One Loft Race, and we have a couple of ways t[...]