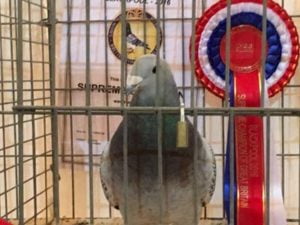 The British Homing World Show of the Year 2016 – the largest gathering of pigeon fanciers in Great Britain – took place over the weekend 16th/17th January at The Winter Gardens, Blackpool.

Around 15,000 visitors saw more than 2000 racing pigeons and 1000 fancy pigeons on display, and more than 100 trade stands exhibiting everything ‘pigeon’.

As well as being another successful event, the Show raised many thousands of pounds for charity, the five main beneficiaries being the British Pigeon Fanciers Lung Medical Research Team, Age UK, SHINE, British Heart Foundation and St John Ambulance, while donations are also made to many other charities. See this article from SHINE on how the funds assist their work.

Galleries of images of the Show are available to view on the following websites:
Reuter’s
Getty Images
The Guardian
Australia’s Border Mail

There is an article about young fancier Keelie Wright’s achievements on the LurganMail website.

You can also watch Colin Scales’ video of the event below:

The Show of the Year 2017 will take place over the weekend Saturday 21st and Sunday 22nd January, and will be the 40th show to take place at Blackpool.
See you there! 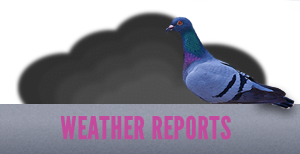 The Yearlings 2021 Final Race took place yesterday from Edzell, near Brechin. The 108 birds were lib[...]

With the pigeon racing season now well under way, we ask that in addition to the requirements contai[...]

As a part of Dementia Action Week, a charity pigeon race was organised by the Copeland Mental Health[...]

On the 28th March 1896 there was a meeting of 'pigeon keepers' at the White Swan, Call Lane, Leeds for the purpose of forming a Homing Union and this led to the formation of what w[...]
This site uses cookies: Find out more.